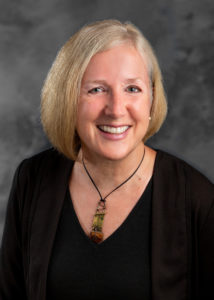 Teresa was named communications director at Vodec in the fall of 2019. A native of Trumbull, CT, she received a B.A. in English and a minor in journalism and mass communication from Iowa State University in 1985.
Teresa began her career as a newspaper reporter and editor in southwest Iowa, then worked in a variety of public relations positions in higher education and the nonprofit community before founding her own communications company in 2015. She has more than two decades of communications and public relations experience in the Omaha metro. In her spare time, Teresa owns and operates the little gallery in Omaha, which focuses on works by local artists. She and her husband, Tim, have two dogs – Gilda and Winnie.