Message from the CEO

I believe our consumers are very lucky. Why? Because they have direct service providers (DSPs) through Vodec who care. Vodec DSPs care that services are provided in a caring, nurturing and professional manner. Our DSPs treat consumers with respect and responsibility. They perform their duties admirably. They do all this EVERY day, not just when they feel like it.

In 2020, the year of coronavirus, DSPs must be made to feel especially appreciated. It is the duty of the rest of us to make them feel that way. They show up because they know consumers are counting on them. They support, laugh and sometimes cry with consumers. Even though the rest of us see consumers regularly, maybe daily, DSPs really get to know them. This is true in residential and day habilitation services.

So, as DSP Recognition Week is this month, I do offer each and every DSP a very special virtual handshake and pat on the back. Thank you for what you do with and for Vodec consumers. 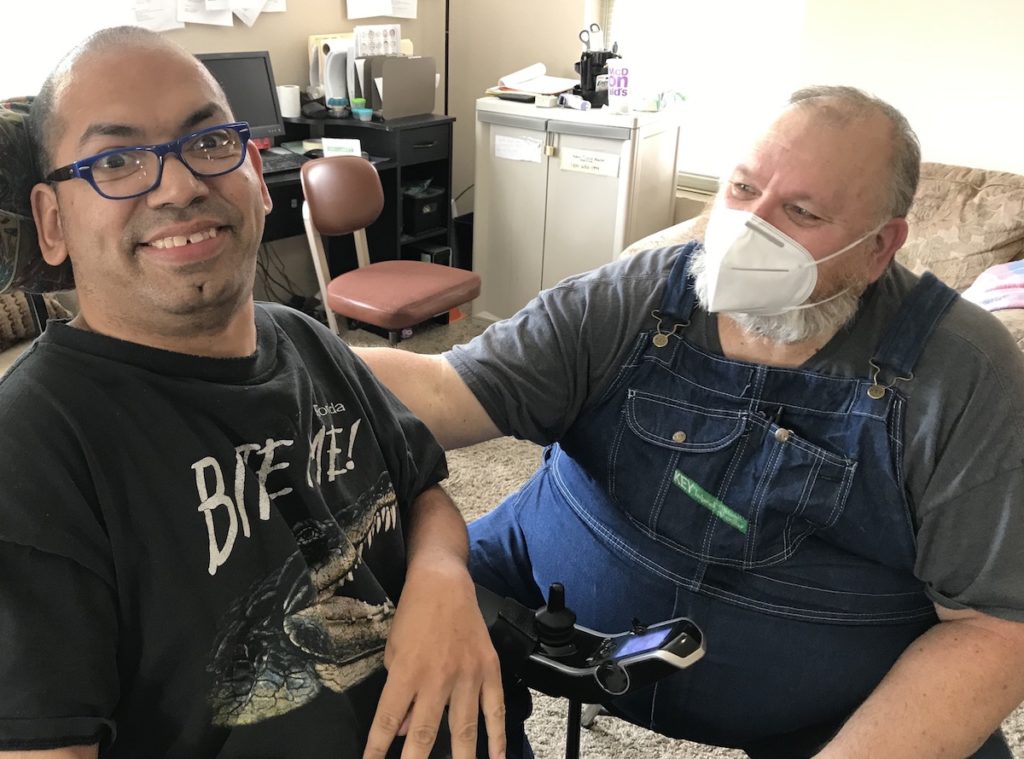 Roger Strode was a high school student in Mesa, Ariz., when he first saw “One Flew Over the Cuckoo’s Nest” at a drive-in theatre. The 1975 film, based on Ken Kesey’s 1962 novel, would go on to win five Oscars and be selected for preservation in the National Film Registry by the U.S. Library of Congress in 1993.

His own reaction to the film, which takes a dark look at life inside a state-run psychiatric facility, was a lot more personal. “When I saw it, I told myself those people need help,” Roger said in a recent interview. “I knew then I wanted to make things better for them.”

Born in El Paso, Texas, Roger made 32 moves around the globe with his family during his father’s 20-year career with the military. He promised his brother – who died in an accident on the Autobahn – he’d return to Nebraska to care for his parents when the time came. That was 28 years ago.

Today, after a career as a psychiatric technician in the U.S. Army and at the former St. Joseph’s Hospital in Omaha with a few other job stops in between, Roger is using his helping skills as a member of Vodec’s residential services staff. He joined Vodec in 2011 when a friend introduced him to the nonprofit and has been working in group homes ever since.

Roger currently works the night shift at Tranquility in northwest Omaha, the home of consumers Jose, David and Jordan. All three use wheelchairs. Roger supports their daily routines in many ways – helping them refocus on sleep if they wake during the night, getting them out of bed and ready for the day, fixing breakfast and administering medications, and helping with activities when needed.

The intangibles he provides, which come from getting to know the trio as individual men – what makes them happy and what they’re interested in – are difficult to list. David, for example, loves to shred paper, so Roger is always on the lookout for potential raw material, no matter where he is.

“Roger goes above and beyond consistently – not only for his consumers, but his peers as well,” said Joe South, Residential Services Supervisor at Vodec’s Omaha development center. “He accepts extra responsibilities and completes them ahead of schedule and with proficiency. Other staff have noted how much they’ve enjoyed working with him. He exemplifies the meaning of what it means to be a DSP.”

The father of three and grandfather of one has been married to his wife, Anastasia, for 42 years. He said he believes Vodec’s direct support professionals share two basic attributes – a lot of patience and a real desire to help other people. His reward, he said, is the gratitude and unconditional love he receives from those in his care.

“In all my 62 years of life, I’ve never received the amount of appreciation I get from our consumers, even for the smallest things,” he said. “It almost makes me tear up just talking about it. I feel blessed to have the opportunity to work at Vodec with these consumers.”

For more information about DSP openings at Vodec, visit www.indeed.com and type “Vodec” in the “what” line.